The real problem facing America today is the difference between a democracy and a republic. We are at war internally against powerful forces that are radically changing the face of America. We are not simply in decline. Our republic is headed for collapse, implosion, and judgment.

There are many reasons for this including a massive and crushing debt, and a continuous degrading and breakdown of traditional Christian values. Beneath it all lies the root problem - an enemy of our republic walks the halls of government and seeks to destroy us from within. Infiltrators have embedded themselves in the political process and religious institutions.

The far left anti-Christian agenda is to radically transform America into a democratic nation where the majority rules. The only words we hear anymore are democracy and equality, but that is not what we are as a nation. Our true nature has been hidden behind political correctness and "fairness." Democracy means that once a majority is determined, the minority no longer has any rights of its own. The minority must submit to the rule of the majority without fail or pay the penalty for civil disobedience. This opens the door to government control of the individual, business, and loss of religious liberty. 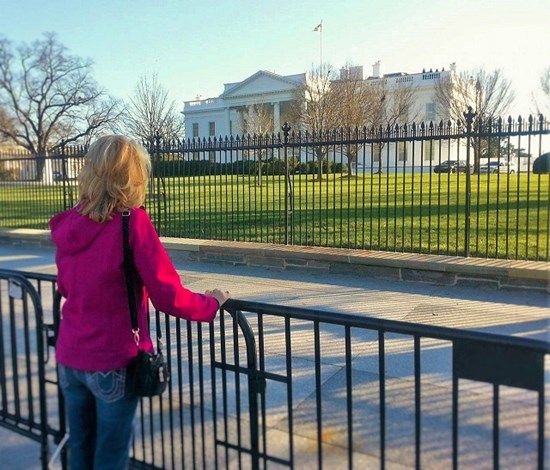 We are a republic, not a democracy. Dozens of democracies exist around the world, but they are unlike us in many ways. Even Islamic Iran combines elements of a parliamentary democracy under the concept of a supreme leadership. Their elections are "democratic," but leaders are not really accountable for their actions. Is that beginning to sound familiar? Our own elected leaders act like Supreme Leaders far too often. We use the expression of "democracy" in our voting booths and in other ways, but we are not a democratic nation. We are a republic.

The republic recognizes certain unalienable rights regardless of a majority political rule. The individual conscience matters in a republic. The US Constitution makes it very clear. Elected leaders are accountable to the people. We are getting further and further away from that important difference.

It has become clear that our party leaders in Congress and the White House do not really respect our choices. Once elected, they assume the role of Supreme Leader. Hopefully, the office of President is about to change, but we shall see. If Mr. Trump is elected, he will be confronted by those now in control. They won't go away easily. The party chair and others have made that much clear. Congress needs a desperate change to shift away from the Supreme Leader mindset.

The left wing parties want to shift the country very far left to embrace ungodly agendas - abortion, gun control, bigger government, and much more. It is for the purpose of control.

The republic says, "No." The individual cannot be forced to accept or endorse the majority opinion, and you can't force yourself on me. I won't be told what is acceptable. I have God-given rights that no government can steal away. That right is governed by common sense applied to various circumstances.

This is a real moral war taking place for control of our country, our way of life, our Christian values, and our children. The Christian voice must be heard in the halls of government, or we will lose this battle and suffer the consequences. Separation of church and state was only meant to prevent government from creating a religion, not to prohibit Christians from seeking public office. It is often quoted out of context to shut down the Christian voice.

As your congressman, I will fight this "democratic" quest for ungodly control of our lives with every breath I breathe. I will stand in the halls of Congress and proclaim freedom, life, and liberty for the individual. I will defend the constitutional rights of those I disagree with as long as their rights do not infringe upon the rights of others.

It's a battle for morality and individual rights, but there is hope. As your congressman, I will be a loud voice on the side of individual liberty. As a Christian, I will defend religious liberty and encourage recognition of our country's need of God, and the need to repair our national and foreign policies. I will seek godly solutions to domestic and foreign policy issues while standing firm against all enemies foreign and domestic.