Which candidate will NOT pledge to protect American Sovereignty?

Update January 23, 2017 - President Trump dumps the TPP! This was a major concern of ours during the recent campaign because it was a direct assault against American sovereignty. Mitch McConnell, Paul Ryan, and our KY rep James Comer will do all the spin necessary to appear on Trump's side for now. Thank you, President Trump, for pulling us out of that potential disaster.

We’re living in one of the most dangerous periods of time in the history of our nation. Our very sovereignty is threatened. A wrong vote now will be catastrophic for Kentucky and our country. Know your candidate before you push that button! 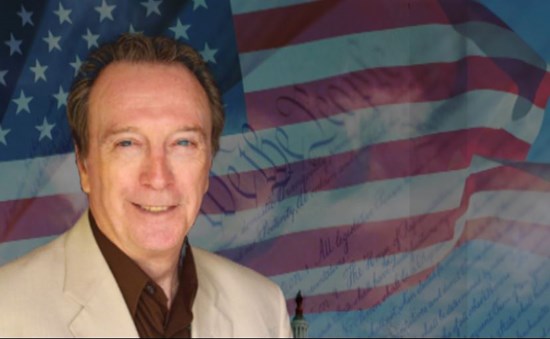 A write-in vote for Terry McIntosh  was a vote for Kentucky and our nation.

THANK YOU FOR YOUR CONFIDENCE AND VOTE. ALTHOUGH WE LOST LARGELY BECAUSE WE WERE A LATE ENTRY INTO THE RACE WITHOUT NAME RECOGNITION AND FUNDING, WE STAYED TRUE TO OUR PRINCIPLES. THANK YOU, AND GOD BLESS YOU!

How to vote for Terry McIntosh

Terry is a registered candidate and a vote for him is a vote that matters.

Terry McIntosh is the "Real Deal" option. He knows what must be done to resurrect our country, and he knows how to do it. Browse around and get acquainted with Terry, and then see voting info for instructions on how to vote. Terry is not a party candidate. He is running as a write-in candidate without pay because he is a patriot who can do more for Kentucky and our country than any establishment candidate. Candidate pledges "No Salary."

PATRIOT: One who loves their country, runs to the aid of their country without expectation of personal gain, defends it against all enemies foreign and domestic, and will shed blood if required in order to protect God given liberties and freedoms.

SELF-SERVING POLITICIAN: Sees the office as a job-career opportunity. Seeks different positions when necessary, profits off the backs of hard working taxpayers while the nation goes bankrupt, votes himself a pay raise, collects a generous life-time pension, participates in a preferred elite retirement fund that you can't access, enjoys an elite health care program that you can't access, makes promises but breaks them when the party line insists it needs the support.

Party lines have created the problems we face today. The Democratic party is no longer the party of John Kennedy. It has been hijacked by a far left wing agenda that seeks to uproot and destroy the values that made America great. The Republican Congress betrayed its own base when they funded what they campaign against - Obamacare, Planned Parenthood, sanctuary cities, climate change, and refugee resettlement programs. The Omnibus $1.01 trillion spending bill also provides for an increase in foreign-worker visas, thereby taking more jobs away from Americans. According to the Washington Post, the Omnibus is packed with hundreds of policy instructions, known on Capitol Hill as "riders,"  that will upset or excite various special interest groups. Does the national debt not mean anything to Republicans anymore?

The Republican Congress did not defund the left wing agenda although they campaign against it. When they had the chance, they failed. They do not intend to defund it. This is the irresponsible party line vote that is crushing the average American. The record is clear and precedents are set. Don't expect anything different from them going forward.

The clock is ticking and we're headed for calamity. Party affiliation is not the solution. Congress is quietly selling us out and giving away American sovereignty with agreements like the Trans-Pacific Partnership proposal. See domestic issues for details. If party line voting was the answer, we wouldn't have the problems we have today.

We must take destiny in hand and there is hope for change if we grab it. Terry will tackle the corruption in Washington, work to eliminate the national debt, and carve out a sensible foreign policy. He will stand up to the banks and lobbyists. He will protect business and the consumer. He is a man of faith with strong conservative principles. He will encourage a return to godly principles and common sense in Congress with high regard for Constitutional individual rights.

Party candidates will say the same thing. So what's the difference? Plenty. Terry understands root cause of problems and knows how to deal with them. He will not buckle under the weight of party demands. He will do the right thing for Kentucky and our nation.


Party candidates usually vote party lines once sworn in regardless of campaign commitments. If the party has a majority vote, they will agree to allow a member to break ranks for the sake of appearance to voters. If the vote is close, the party will demand loyalty. A party line vote is a vote for corruption. Terry McIntosh is what Kentucky needs to help turn our country around.


You must write in the name Terry McIntosh on your ballot in order to cast a vote for the future security and economic growth of our country. It's easy and will help change the course of history.

We appreciate your visit and seek your vote. Please contact us with questions and things on your mind. We will listen to you.